Entrepreneurial Woman of the Year is Announced! 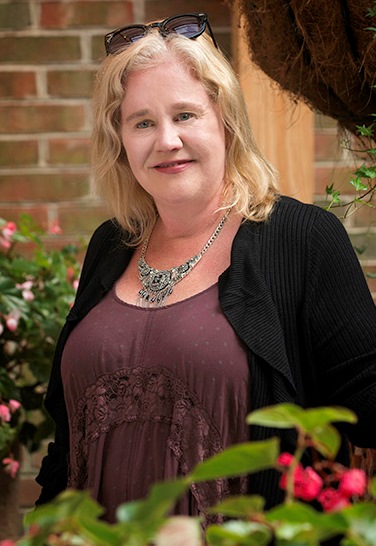 Alisa Morkides is the founder and owner of Brew Ha Ha!, an independent chain of coffeehouses headquartered in Wilmington, Delaware.

Alisa's path to coffee nirvana was not short, nor easy. She started her career as a bench chemist, working for the Upjohn Company in Kalamazoo, Michigan. After a year of toiling in the lab - and accidentally setting her lab hood on fire on occasion -- she realized that a behind-the-scenes role as a scientist wasn't her passion.

Morkides went back to school, got an M.B.A., and held management positions with several large Philadelphia-area corporations. After a decade of moving from one boring job to another, learning to dread Mondays and love Fridays, she finally learned that "big" business wasn't for her. She left the corporate world, with the goal of pursuing a long-held dream to start her own business. She tried out a number of business ideas, ranging from building dollhouses to opening an investment counseling business, but gave up
on all of them after brief, enthusiastic bursts of energy.

A vacation to Florence in the spring of '93 changed everything. She fell in love with the quality coffee experience in Italy. One day, while sitting on a rose-covered terrace overlooking Florence, sipping yet another perfect cappuccino, she thought to herself, ''\Vhy can't they make coffee like this in Wilmington?' And then she thought, "Wait a minute, why can't I make coffee like this in Wilmington?" And a seed was planted.

When she got back from vacation, she pushed full steam ahead into opening Wilmington's first bona fide espresso cafe. She leased a 750-square foot storefront in Greenville, Delaware, maxed out her credit cards, and opened her first Brew Ha Ha! cafe in December 1993 - in the middle of a recession and a brutally cold winter. Business was slow, cash was tight, but the few customers that were able to brave the snow and ice loved the coffee and the concept. Even though she was losing money and working harder than she ever had in her life, she knew right away that she's finally found that thing she was meant to do with her life.

Today, Brew Ha Ha! has grown to ten coffeehouses with sales of over $7 million, and earned many quality awards, including being voted Best Coffee in Delaware for 22 years in a row by the readers of Delaware
Today. In 2015, Morkides opened a second business, Brandywine Coffee Roasters, which sells coffee worldwide.

Morkides lives in Wilmington with her husband Chris - a therapist and reformed convenience store coffee drinker - and their daughter Kina.

The award will be presented to Mrs. Morkides at the Entrepreneurial & Women's Women's Expo on November 14th at the Chase Center on the Riverfront. Join us!  Click here for more info on the event.