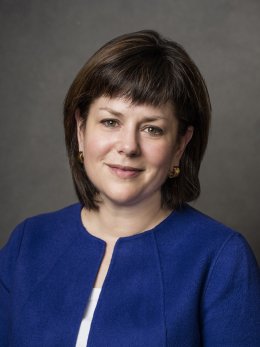 Rochelle (“Chellie”) L. Cameron became Chief Executive Officer in January 2016.  As CEO, Ms. Cameron serves as the City’s chief aviation representative in local, state, national and international affairs.  She is responsible for directing the planning, development and administration of all activities of the City’s Division of Aviation, including both Philadelphia International Airport and Northeast Philadelphia Airport.  She also oversees the management of almost 900 Airport Personnel.

Cameron has served on the Airport’s leadership team since 2011. From December 2014 until her appointment as CEO in January 2016, she was the Chief Operating Officer responsible for overseeing all day-to-day operations. She began her tenure at PHL when she was named Deputy Director of Aviation, Finance and Administration in June 2011.

Previously, Cameron spent 13 years with the Metropolitan Washington Airports Authority (MWAA), which is responsible for operating and maintaining Ronald Reagan Washington National Airport, Washington Dulles International Airport and the Dulles Toll Road. During her tenure at MWAA, Cameron oversaw numerous financial and business departments for the Authority and at both Airports. Cameron’s experience also includes serving seven years as an active duty officer in the United States Air Force and one year as an Air Force civilian employee; she completed her service in 1998 as an active duty Captain.

Cameron holds a B.A. degree in Political Science with a special concentration in economics and philosophy from the University of Notre Dame and an MBA from Auburn University at Montgomery. She is a certified public accountant in the Commonwealths of Pennsylvania and Virginia and a Certified Member of the American Association of Airport Executives (AAAE).