The U.S. Government is Nearing a Possible Default on a Substantial Amount of Its Current Financial Obligations: Why Does the Debt Ceiling Debate Matter to Your Business? 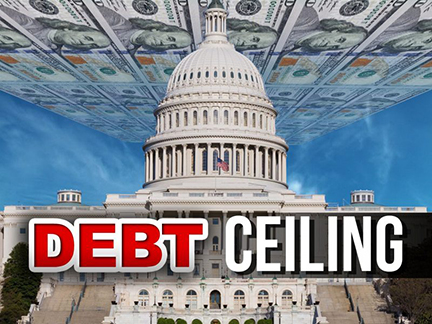 What is the debt ceiling? The debt ceiling is the legal limit on federal borrowing. It must be raised periodically so the Treasury can continue to meet its financial obligations. Prior to 1917, Congress had to approve federal debt on a case-by-case basis. Due to increased borrowing needs brought about by American entry to World War I, Congress put in place a debt ceiling which governed the total dollar amount in bonds which the federal government could issue. Later, the ceiling was extended to cover substantially all federal debt.

Why is it necessary to raise it, and who is preventing it from being raised? Due to the federal deficit, there is an imbalance between money coming into the U.S. Treasury and money going out in order to meet the government’s financial obligations. The U.S. Treasury must go to debt markets to raise the funds to pay the difference.

Some in Congress insist on withholding their vote for an increase in the debt ceiling as leverage to accomplish certain priorities. They can be primarily found in the House Freedom Caucus. Others may mistakenly equate increasing the debt ceiling with incurring new financial obligations – something which cannot be done outside of the appropriations process.

What is the deadline? Current projections place the deadline for raising the debt ceiling at September 29. After the deadline, the Treasury will have no ability to borrow to pay current financial obligations in excess of cash on hand.

What will happen if Congress does not act and we pass the deadline? Most economists and other financial experts agree is that the consequences for the U.S. and global economies are likely to be serious. The last time that there was a major danger of default, in 2011, the U.S. Government experienced the first downgrade in its credit rating in the history of the Republic. A brief accidental brush with the debt limit in 1979 brought about a 0.6 percent increase in borrowing costs on an indefinite basis.

What can the government do if we exceed the debt ceiling? Some argue that the Treasury can “prioritize” financial obligations, such as debt service. This is considered unrealistic by most experts. Importantly, the Constitution does not provide for prioritizing one claim on the Full Faith and Credit of the United States over another. Furthermore, Treasury financial systems are designed to pay claims as they come in, not based on priority. Also, failure to honor any class of outstanding obligations will still constitute default. A deep recession accompanied by sharp drops in capital markets, higher interest rates and global financial problems very real possibilities.