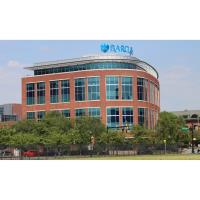 Article is courtesy of the Delaware Business Times

WILMINGTON – In an about-face one year after announcing that it was moving nearly a third of its Delaware workforce to New Jersey, Barclays Bank received nearly $2.5 million from the state’s investment board Monday to expand operations here.

The British bank, which has its U.S. headquarters along the Riverfront in Wilmington, is creating 323 call center jobs in the state. That number may grow by hundreds of additional positions if Barclays can successfully implement an expanded work-from-home model for the call center, according to a bank official.

Nearly all of the jobs are expected to be filled with new employees. All positions, which includes 300 call center staffers earning a minimum of $32,000 annually, 20 managers earning a minimum of $48,000 and three assistant vice presidents earning upward of $90,000, will be offered full benefits, according to the bank’s application to the state. According to recent job listings, many of the roles will be entry-level call-takers but other will deal with fraud analysis, or the reviewing of disputed charges on accounts.

Barclays decided to create a new call center amid an expansion of its financial assistance operation that supports its U.S. consumer bank. The bank is the 55th largest U.S. consumer bank with $33.4 billion in assets and a top 10 credit card issuer, according to federal data. Pandemic spurs call center need Larry Drexler, the outgoing general counsel for Barclays Bank Delaware, explained that the impact of the global COVID-19 pandemic convinced the bank of the need to create a new call center.

“The recent COVID pandemic has revealed to us certain weaknesses in our model for how we were staffing call centers,” he said. “We came to a decision that we needed to have more in-house capabilities as opposed to outsourcing.”

Matt Fields, a bank spokesman, told Delaware Business Times that Barclays has utilized a mix of overseas and domestic call centers to handle its call volume, including company-owned sites in Scotland and India, but the impact of the pandemic worldwide has led to staffing issues that could be eased with greater geographic diversity in its centers.

The bank looked at locating the new jobs at existing call center sites in Ohio and Nevada before deciding on Delaware, a result that required some persuasion, Drexler said.

“[Barclays U.S. Consumer Bank] President Denny Nealon and I worked very hard to convince our colleagues that geographic diversity and  the workforce in Wilmington and Delaware, given the presence of the financial services business, would give us the ability to get a call center up and running very quickly and efficiently,” he said.

Drexler noted that Barclays did not wait to learn about the outcome of its $2.49 million Strategic Fund request before the state’s Council on Development Finance (CDF) on June 29, with a training class getting underway the same day. It has about 200 job offers already made, he added.

There could be many more such job offers in the near future if Barclays is able to implement more remote working, which many companies are finding success with during office closures connected to the pandemic. Drexler said that the idea would have about a third of staffers rotating through the call center office in Wilmington while the others worked from home. That scenario could conceivably support 400 to 500 workers, he said.

“Our plan is to grow, and we will need to support our growing customer base with call center capabilities,” he said. “So, we would anticipate that there is upside to this offer, for this project, over time.”

In conjunction with the new hires, Barclays will also spend about $6.9 million in renovations to its 100 West St. headquarters to prepare for the new call center. About $1.4 million of those funds will be spent on upgrading power sources at the building to ensure it can weather any electrical interruptions that could impact the ability to respond to customer calls. About $4.5 million will be spent to turn one floor into a dedicated call center, although Drexler noted that social distancing will continue in its design.

Specifically, the Strategic Fund grant includes just under $1.3 million for the 323 new jobs, $207,000 for the capital investment and up to $1 million for training of the new employees. That training requires at least an equal match from the employer, but Barclays will reportedly spend about $2 million on training. Drexler explained that those funds would include some material costs but would largely be spent on payroll hours for trainees as they complete a six- to seven-week program.

The news of the job additions comes almost exactly a year after the bank made considerable cuts in its Delaware workforce.

It was June 5, 2019, when Barclays announced that it was moving 500 of its roughly 1,500 Delaware jobs to its Whippany, N.J., office beginning in the fall of last year. (Barclays spokesman Fields told DBT on Monday that its Delaware workforce was overstated last year, when contract workers were included in a reported total of about 2,000 employees. In reality, Barclays had about 1,500 full-time workers.) Those job losses primarily included higher-paid technologists, who were moved closer to New York City part of an effort to further create “regional hubs” in the United States.

It wasn’t the first time that Barclays had moved jobs out of the state, as it did so with 200 jobs in 2017 as well when it closed its Ogletown call center. Many of those laid-off workers were reportedly hired by student lender Sallie Mae, which has its headquarters near Newark.

The lone dissenting CDF vote against the new incentive package was Rep. Ed Osienski (D-Brookside), who represents an area near that former call center and noted Barclays’ previous decisions to move hundreds of jobs out of the state.

“I’m a little concerned, especially since there doesn’t seem to be any retention language in here or it expires in 2024,” he said. “We’re training these employees, but then we could possibly lose them.”

Drexler responded that those previous losses were an unfortunate by-product from decisions made by the bank to optimize services.

“Corporate strategies change over time,” he said. “We had a corporate strategy of moving to outsourcing some call center functions and the COVID pandemic clearly pointed out the weaknesses of that strategy. That’s what we’re adapting to now.”

Damian DeStefano, director of the Delaware Division of Small Business, noted that Barclays has fulfilled the terms all of its prior deals with the state, despite some of those jobs eventually leaving the state. He estimated that the annual economic impact of the 323 new jobs to the state was about $159 million.State worked quickly, Kurt Foreman, president and CEO of the state’s economy development agency, Delaware Prosperity Partnership, said that the effort to land the Barclays jobs in Delaware developed very quickly.

After bank leaders reached out to the governor’s office, DPP and the Division of Small Business were brought in to discuss what the state could provide. Foreman, DeStefano and Albert Shields, deputy chief of staff to Gov. John Carney, discussed the response over a weekend in order to get answers to Barclays’ questions in an expedited process.

“It was a very fast-moving project. Sometimes we have projects that will take two years to go through their cycle, but this one took just a matter of days,” Foreman said. “[Barclays was] trying to make some key district strategic decisions and comparing markets where they were.”

Foreman said that DPP doesn’t know if Ohio or Nevada ever prepared an incentive proposal for the project, but he noted that Delaware leaders were informed of what the investment gap would be to create a new call center here rather than expand one of Barclays existing sites. The state’s incentive package largely helped the employer bridge that gap.

In statements released shortly after the CDF’s approval of the state funds, Carney, New Castle County Executive Matt Meyer and Wilmington Mayor Mike Purzycki each heralded the job creation during a time when tens of thousands of jobs have been lost in the state amid the pandemic.

“The addition of more than 300 new jobs from Barclays is welcome news as we work to bolster our economy from the impact of COVID-19,” the governor said.

According to its CDF application, Barclays currently employs 1,073 people in the state. To retain the grant awarded, Barclays would have to maintain 1,396 jobs until 2024 – a slightly lower level of total employment than a year ago.